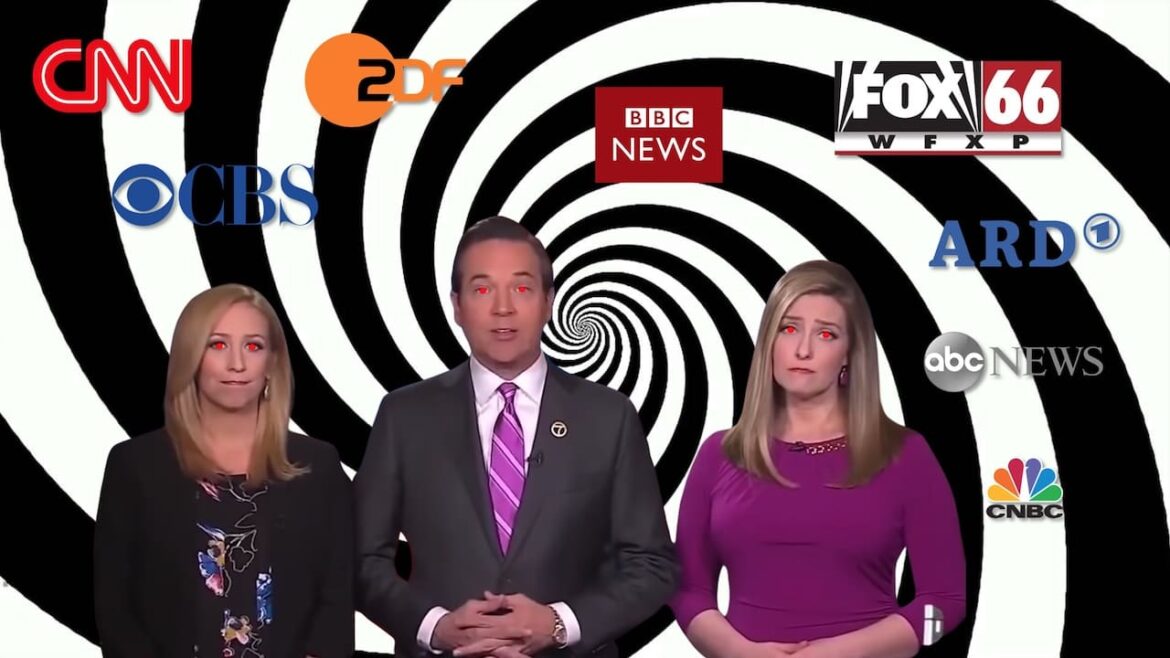 In recent years, attentive and critical news consumers have not failed to notice that the media are increasingly beaming and re-broadcasting in a disturbing unison. The following video clips seem almost grotesque, documenting that a large part of the broadcasters obviously work with predefined scripts.

Editors function merely as talking dolls and hypnosis machines for the masses to be indoctrinated.

Dissenting opinions, yes, even fact-based knowledge transfer beyond the conformist narrative to be accepted, are dismissed per se as “fake news” and “conspiracy theories”.

The orchestrated attempt by newsrooms to maintain interpretive sovereignty, while their ratings and newspaper sales figures plummet along with the credibility of self-proclaimed “quality journalism”, then appears downright desperate.