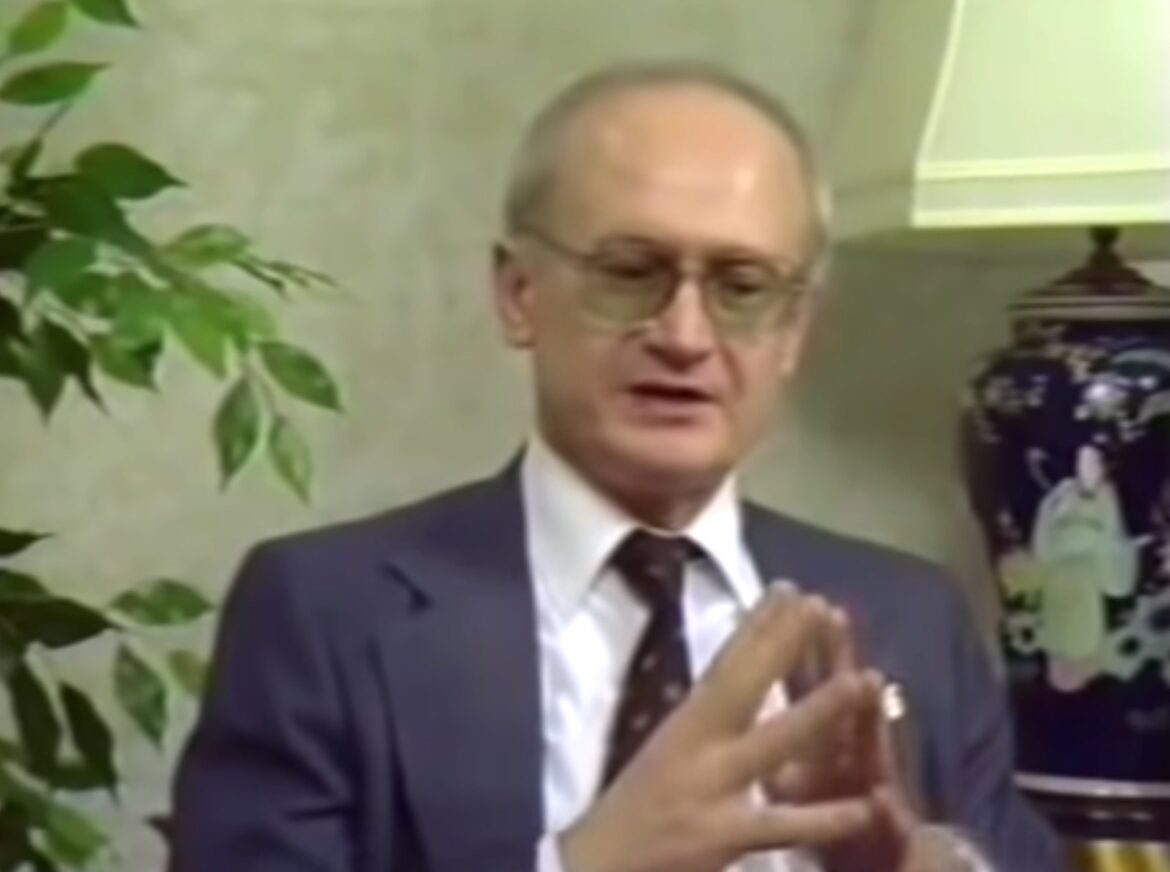 Yuri Alexandrovich Bezmenov (1939 – 1993) aka Tomas David Schuman was a KGB operative who defected to Canada.

Yuri Bezmenov fled the KGB and the Soviet Union in the 1970s when he realised where communism was taking the people’s way of life in that country. Before defecting to Canada, Bezmenov was a Soviet journalist for RIA Novosti. He learned a lot about the systems of propaganda and psychological warfare used against citizens in the Soviet Union.

In a 1984 interview with Edward G. Griffin, he strongly warned Americans about the propaganda of the media as an extension of the infiltrated intelligence services and described 4 phases of ideological subversion and demoralisation as part of the intelligence strategy to indoctrinate populations and corrode the state from within.

Bezmenov’s statements in this interview are still strikingly relevant today.